A downloadable game for Windows, macOS, and Linux

Development on this game is currently on hold

Fixed a bug where a choice and some dialogue appeared when it wasn't supposed to.

England, in the year 2118. Theo is in his final year of 6th form college when he literally bumps into fellow student Connor Erichssen on the corridor. Having avoided touch for so long Theo feels that something is odd but can't quite figure out what. An attraction is sparked between the two from this one meeting and Theo tries to understand why he is so drawn to him. Theo Farrah is a partial cyborg - he required replacements for most of the left side of his body after an accident when he was twelve. However, not all went according to plan. Shortly after the procedure, he developed a strange condition: whenever he would touch another human he would experience a strong feeling of dysphoria that could sometimes lead to episodes of severe depression. Exposure to touch for a long period of time can cause dizziness and fainting. Zhenya Manin is Connor's best friend since childhood but is also very close with Celeste. He's loud, a bit of a ditz, and has a thing for dying his hair different colours. He can often be found snoozing in lessons after an exciting night of playing video games. Connor Erichssen is Theo's classmate in Physics who he hadn't really spoken to much before their chance meeting on the corridor. He tries to be a sensible and driven student but is often influenced by his best friends Celeste and Zhenya and ends up dicking around with them instead of doing his homework. Lee Armitage is Theo's childhood friend. They grew up in the same village and have always been very close. Since the accident and Theo's disorder, Lee has stuck by him to provide his support. Lee can be a bit of a mother-hen with his concern for Theo. Yva Gardner (pronounced ee-vah) is a close friend of Theo and Lee's. She is very shy and only really speaks a lot when with Theo and Lee as she is comfortable around them. Since she found out that Celeste is at the same college she has been trying her hardest to avoid her. Celeste Zhao can often be found hanging out with Zhenya and Connor but is also a childhood friend of Yva's. They lost touch since going to different high schools but, by chance, ended up at the same 6th form college. She is loud and not afraid to speak her mind and because of this can sometimes get on people's nerves, especially Connor's. Due to her interest in art and fashion, she often adds different accessories to her uniform, some of which she makes herself. Clark is the doctor in charge of Theo's case and who Theo sees for regular appointments. He has a friendly attitude with patients and gets along well with Theo but does a complete 180 when dealing with his colleagues. Kelvin does not get along well with him. Dr. Kelvin is one of Dr. Clark's assistants. She helps with operating the equipment used during Theo's maintenance along with her colleague and girlfriend Dr. Richards. In her time working on Theo's case she has become quite attached to him and often finds herself worrying about him after he leaves appointments. Dr. Richards is another of Dr. Clark's assistants. Her duties are more or less the same as Kelvin's - they tend to split their work evenly according to each other's skills. Like Clark, Richards has a more detached attitude to her work and Theo as a patient, so she worries about Kelvin becoming too emotionally invested and it affecting her job. Since starting work on Theo's case their relationship has become a bit bumpy due to their disagreements.

i really liked the story and would love to play the whole game some day. ^_^ 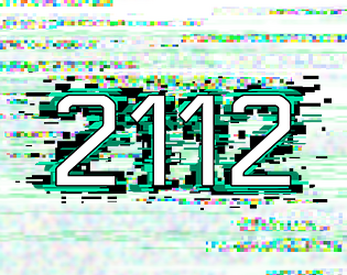